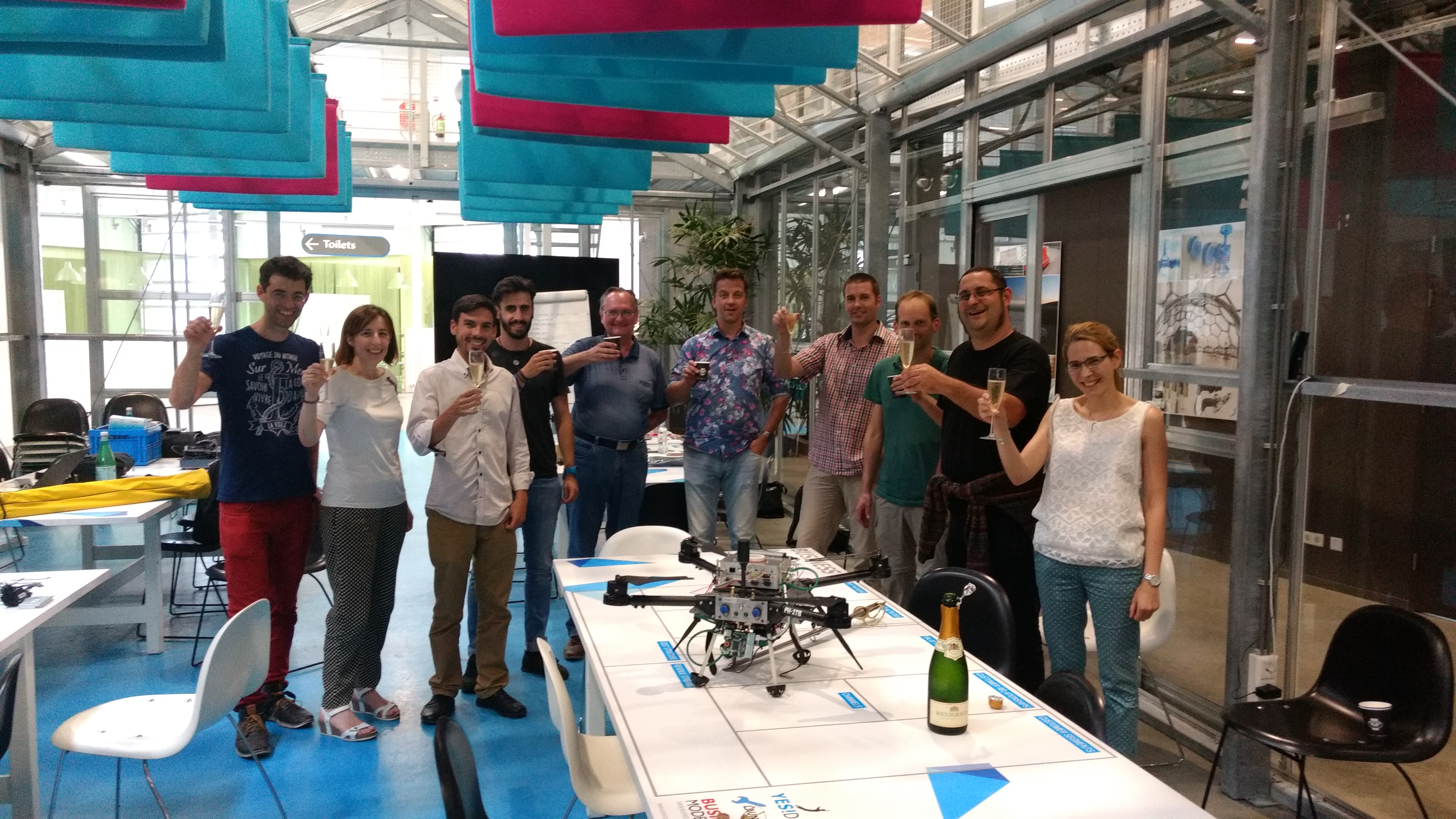 Last June, an integration meeting was held in Delft, The Netherlands. All members of the MOBNET consortium went to test their modules mounted on the drone and check all the systems running during the flight.

The first day, we worked on the initial tests of each subsystem. As they were started up and checking their functionality began the tests of communications between subsystems. Finally the last step was the integration on land of all subsystems in the drone mainframe.

For the tests, two phones were placed in the field separated by about 20 meters. The drone flew over the field where the mobile devices were settled, which were located thanks to the MOBNET system. The high-precision positioning algorithms of the EGNSS module allowed to detect these positions with high accuracy.
The user interface showed all this information in detail and thanks to the offline mapping system, it was possible to see the location of the mobiles on the ground.

At the end of this successful meeting, we toasted with champagne to celebrate the success of the firsts drone flights with the whole integrated system.